This past weekend, I volunteered at a rally that featured President Obama. I was working in the Accessibility area, right next to the stage. When the President went down to the crowd to shake hands, the people who could walk (including other volunteers) rushed to the front. I stood about a third of the way back, near an older gentleman who sat in a wheelchair, wearing his veteran's hat and jacket.

I thought "If anyone should be shaking the President's hand today, it's this man." So I asked him if he would like to try, and he said yes, after only a little equivocating. I asked his wife if I should lend my arm, and she said, "Yes." He stood with some help from me and from his cane, and we moved a few inches forward and waited. I said I would get the President's attention when he came along. I asked him where he served, and he said "Korea, for 19 months." He said he would like to say "Hello" to his commander, and did I think his commander would like to say hello to him. I said that I thought he would. We talked about how exciting it all was. Senator Dayton shook his hand when he came along, and when President Obama came by, amid the screams and outstretched hands, I shouted "Mr. President!" and pointed to the gentleman next to me when I caught his eye. The President shook his hand and said thank you. The Veteran greeted his commander.

The President moved on, and I helped the Veteran regain his seat.

I am not sure whose day was made more, really. 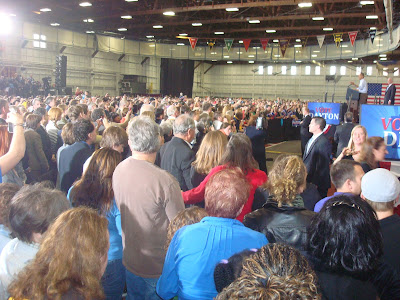 It's hard to tell here, but there are two senators, a vice president, and a mayor in this picture.
(Sens. Franken and Klobuchar, Vice President Mondale, and Mayor Coleman of Saint Paul). 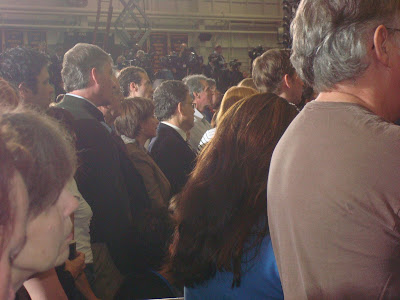 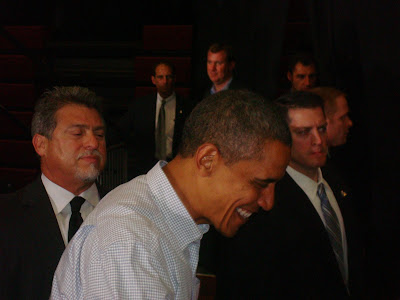 Eight Years Ago Today, We All Lost Something 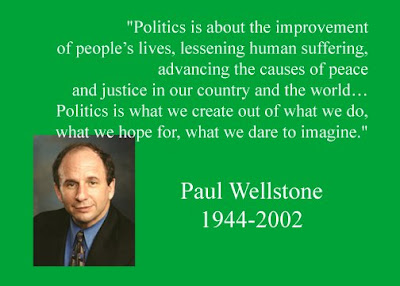 Posted by kittywhumpus at 3:11 PM No comments:

So much for that better standing...

Thanks to moronic displays from people like Christine O'Donnell, we are becoming the laughing stock of the entire world.

"Fortunately senators don’t have to memorize the Constitution."-Christine O'Donnell

Is it better to be hated or pitied?
Posted by kittywhumpus at 4:13 PM No comments: 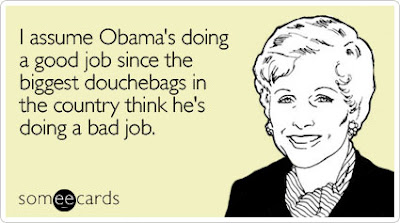 Posted by kittywhumpus at 3:51 PM No comments: