Notes during an acoustic performance

No one says "I am over you" unless they aren't. Wading waste deep in hammers pipes wrenches jewelerspliers cameras paintbrushes knots pocketknives bottles motorcycles;
"I am over you."

There's no way to make the exit sign pretty, it's just time to go.

It's all I want now almost the only thing I remember these cowardly lion noises the funny faces pulled your cartoon voice your singing voice your talking voice wading waist deep in you.

Give me an example to live by.
Posted by kittywhumpus at 10:34 AM No comments:

I have oceans of time for those who actually love me.

The time I passed in love with those who were not you was time I passed getting ready to love you, and I can thank each one of them for his high school cheating; his quivering lower lip; bags of pot and “dude-ery”; late-night drinking and 19-year old waitress; years of distraction and backyard fucking; dependence and idolatry; indecision and wavering.

Thank you, I say, many thanks.

Other mortals may welcome “help”.
They may look upon “help” as a lessening of their earthly burden and a balm to the stress of daily life.

That must be bliss.

To me, “help” is a glaring signal of a lack of care on my part. A place where I have been personally deficient. “Help” actually causes stress for me, especially when it happens without my consent.

That is not to say that I do not enjoy helping others. I do, in fact, gain much personal fulfillment and satisfaction from helping others where I know that they actually require help and that help is within my means. It would be nice to claim a selfless beneficence, but that is, I think, rarely the case with humans. If a friend needs something that is not within his or her scope to procure, but it is within mine, I will do my best to provide it. I will not sacrifice more than I can afford either in strength or resources because it would merely render me, eventually, less capable of self reliance and therefore less capable of lending subsequent aid.

One must know one’s limits.

I do not apply my standards to the lives of others. Lest someone read this and believe me to be advocating a sort of laissez faire approach to social welfare. That is not the case. Were the society in which I live a utopia of equality and opportunity for all enforced by a legal, legislative, and executive authority with a sense of compassion, then perhaps I could adhere to the notion that America is, as Thomas Jefferson fervently believed, a “meritocracy”. That plainly not being the case, society and government must compensate.

At present, being born into the race and class position that I was, I do not require “help” from the government or society, be that help a program such as food stamps or a simple act of unsolicited kindness such as a simple household chore. At some point, life could throw me a curve that would require such aid, but for now, I’m good.

But cleaning the catboxes for me just makes me feel like an asshole.
Posted by kittywhumpus at 10:39 AM No comments:

Jesus Had a Horcrux

I am not going to get into my whole Joseph Campbell myth analogy between The Lord of the Rings and Harry Potter, and how I believe I can use the former to predict how the latter will turn out; because that sort of thing is really only interesting to, well, a whole bunch of people with whom I really don’t want to "hang". But as this country seems to be simply saturated in sticky Jesus stuff, that poor, young, misinterpreted lad is often on my mind. Kristians like to feel persecuted in America because I guess they are being mistreated and ignored, and there is a War on Christianity, though I did not know that America could sustain more than one War on a Noun. Even though Kristians seem to have infiltrated every aspect of public life, since you can’t say "Merry Christmas" in the office anymore if you work in the public sector, I guess they must be right. Modern persecution is really rough.

Then I read something like this:
"Pope's Top Exorcist Says Harry Potter Is 'King Of Darkness'"

This is yet another example of how the people in charge of the Roman Catholic Church really get it, you know?

Wow! First of all, "Pope’s Top Exorcist"? How do you get that job? And, What century is this? Secondly, "Harry Potter is ‘King of Darkness’"? Mr. Top Exorcist (or is that Rev. Top Exorcist? Fr. Top Exorcist?) is clearly confusing Voldemort with Harry, which I can totally understand because they are, indeed, so similar in so many ways. But if he really does mean Harry, himself, then I bet Harry, who already knows he is pretty important, really had no idea how important he is and how much power he truly wields. Book Seven is going to be GOOD.

The article goes on to quote Top Exorcist Man as saying "Magic is always a turn to the devil." (This guy is also the president of the International Association of Exorcists, which is definitely an annual meeting that I want to attend.) He says that "the series contains many positive references to ‘the satanic art’ of magic and makes no distinction between black and white magic." OK, so I get it, the "IAE" and The Vatican don’t have book clubs. Maybe they should start one! And it should include a dictionary. More on that later.

Seriously, I can’t get enough of this. I (almost)don’t even need to write commentary. It’s just too easy:

"[Exorcist Guy Who Is Anthony Hopkins In My Head] compared the Potter character to dictators Stalin and Hitler, saying they were possessed by the devil."

HEY, buddy! In America, we compare dictators like Stalin and Hitler to LIBERALS, not fictional literary characters initially meant for an adolescent audience. But this guy has exorcised over 30,000 demons—a regular Keanu Reeves—so who am I to argue with an expert, me with my lowly English degree?

But let’s talk about magic. According to the, wildly inaccurate "Concise Oxford English Dictionary", magic is defined as follows:

As for Jesus, I’m thinking “magic.” I’ll leave all the healing and reincarnating and walking on water and loaves and fishes incidents alone in favor of talking about Easter, the slam-bang finish in the Vegas Show of Religion that is the New Testament: Jesus dies; Jesus rises from the dead; Jesus ascends to heaven. That’s a sell out! SRO, people! (Dark on Mondays and Tuesdays). If that’s not magical, I don’t know what is. The reviews of this trick vary depending upon which gospel writer you ask; It’s like any sort of party game of “telephone”—the story changes as it is passed on, and even if the same two people witness the same event, they will often differ in their interpretation or in what they remember. Anyone who has ever argued with a spouse or partner will attest to that.

In Matthew’s account (27:50-53), Jesus dies and the rocks split, and "the bodies of many holy people who had died were raised to life." Then, like "Night of the Living Dead", these dead people roam into the holy city and freak people out.

As for Mark, it’s more of a romantic comedy/buddy picture. He starts Jesus out nice and early "on the first day of the week" and sends him to see Mary Magdalene "out of whom he had driven seven demons" (snicker). She in turn went to tell the others, who, sanely, did not believe the woman. So Jesus appeared to two other mourners, who were, in turn, also not believed. Finally, he went to the remaining 11 disciples, while they were eating, and finally got his point across, which seems like what he should have in the first place. He chastised them. It’s unclear whether or not he had any food, but he asked them to go out and preach the good news about baptism and salvation and going to hell and whatnot.

According to John, Jesus was "alive" for 40 days before he ascended, so he had time to do "many other things as well." Apparently, at least in John, Jesus was very efficient, if vague, for "If every one of them were written down, I suppose that even the whole world would not have room for the books that would be written." I guess we are just supposed to trust him.

It all sounds pretty magical to me. How does one rise from the dead without magic? How is having supernatural powers that supposedly come from God different from magic? It seems that he was resurrected in his bodily flesh, as well, which smacks of dark magic, if anything, and if he ascended into heaven like that, is he the only solid guy up there? Is he just walking around, bumping into things while everyone else just passes through them? Methinks Popey McDemonhunter doth protest too much. I think Jesus had a Horcrux.
Posted by kittywhumpus at 10:41 AM No comments: 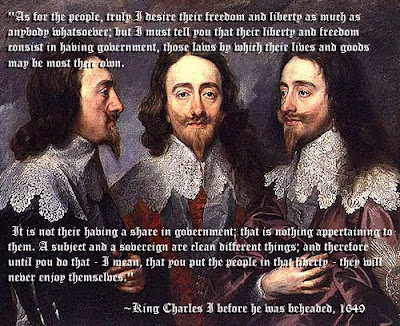 Posted by kittywhumpus at 10:36 AM No comments: